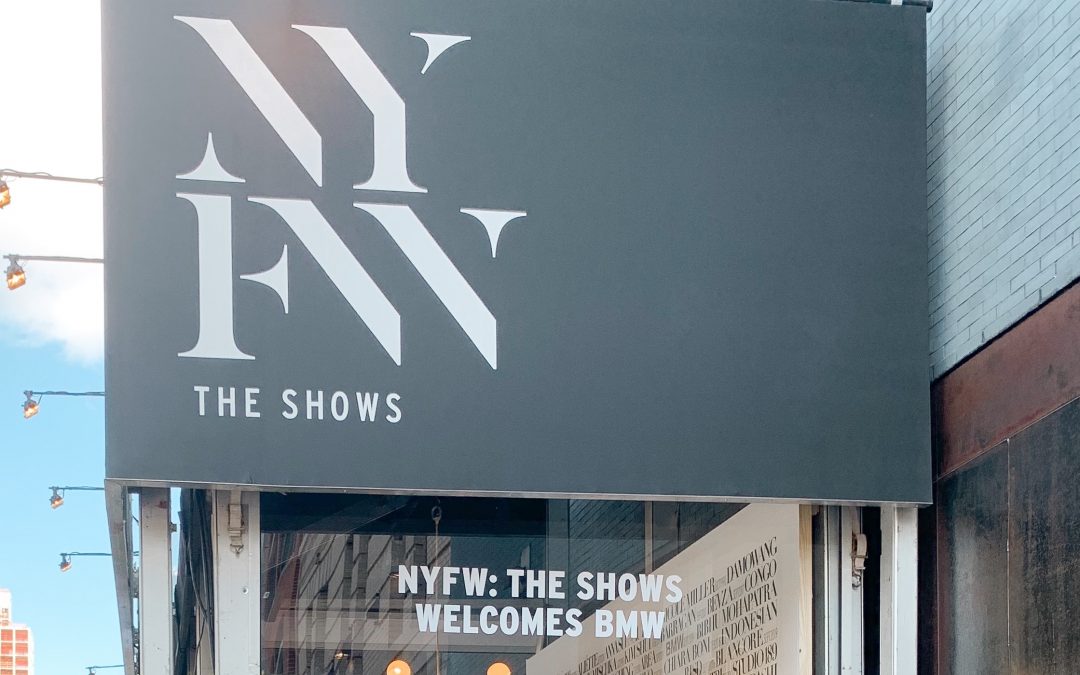 Hi everyone! I hope you are having a good weekend! I am excited to share the recap of my second day of NYFW, which was Saturday. This day was my busiest, unexpectedly. Originally I had a 11am show planned, and an event at 3pm. I also ended up going to a 1pm show, 5pm show, and 7pm show. One show I ended up just being able to go to, one I was invited but I originally wasn’t planning on going, and the other my friend had an extra ticket! I got to spend half the day with a blogger friend, Simone from Simply by Simone. She was one of the influencers who came to the Influencer event I planned last Fall in one of my college classes. It was so much fun to see her again and get to hang out with her! She’s such an amazing person and blogger, if you aren’t following her you need to check her out!!

This outfit was the most casual of all my looks. It was a sweater dress and a long vest, both from Banana Republic Factory. After all the walking/ heel wearing on the first day, I had to wear my sneakers on this day. I was definitely happy wearing them with all the walking I ended up doing. 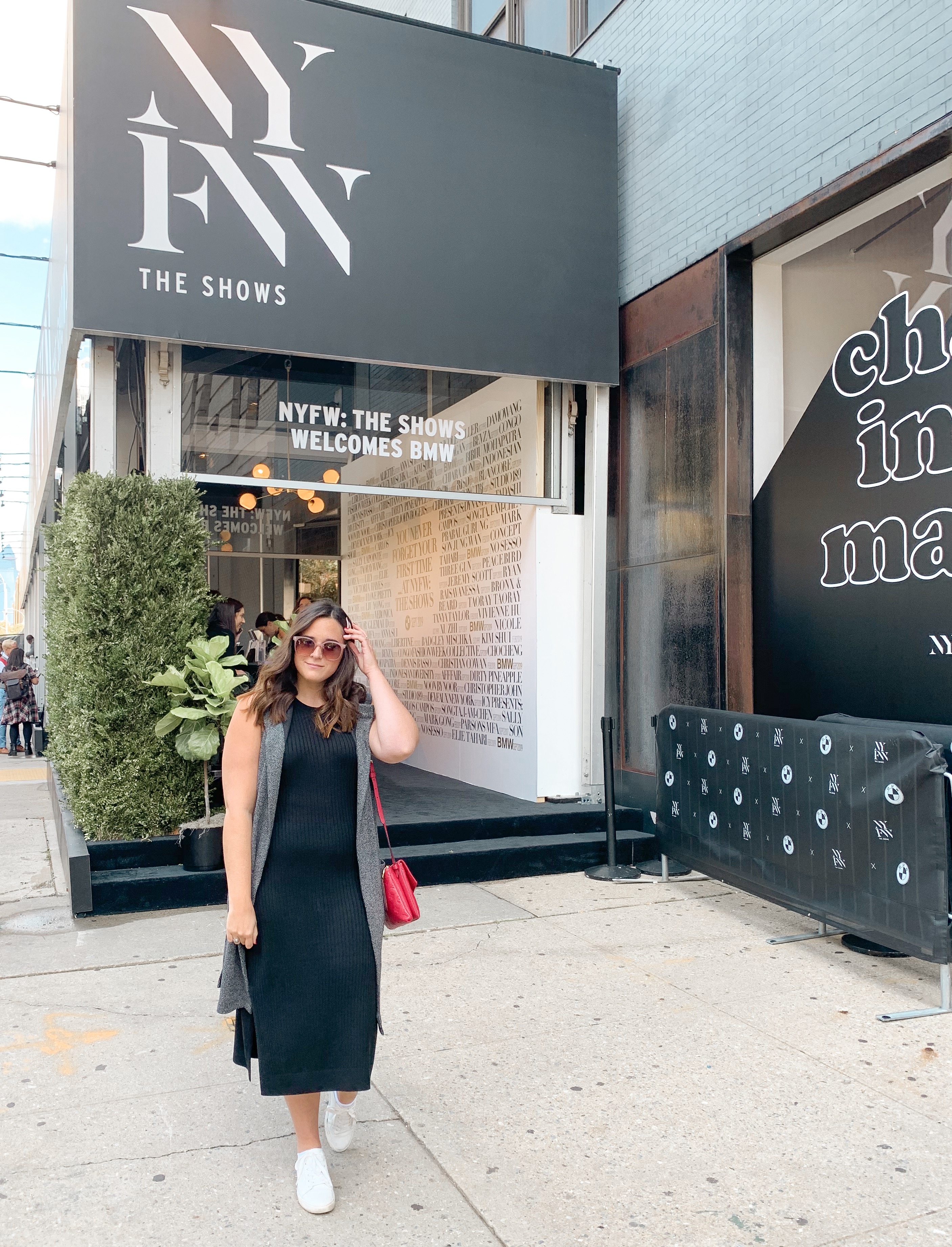 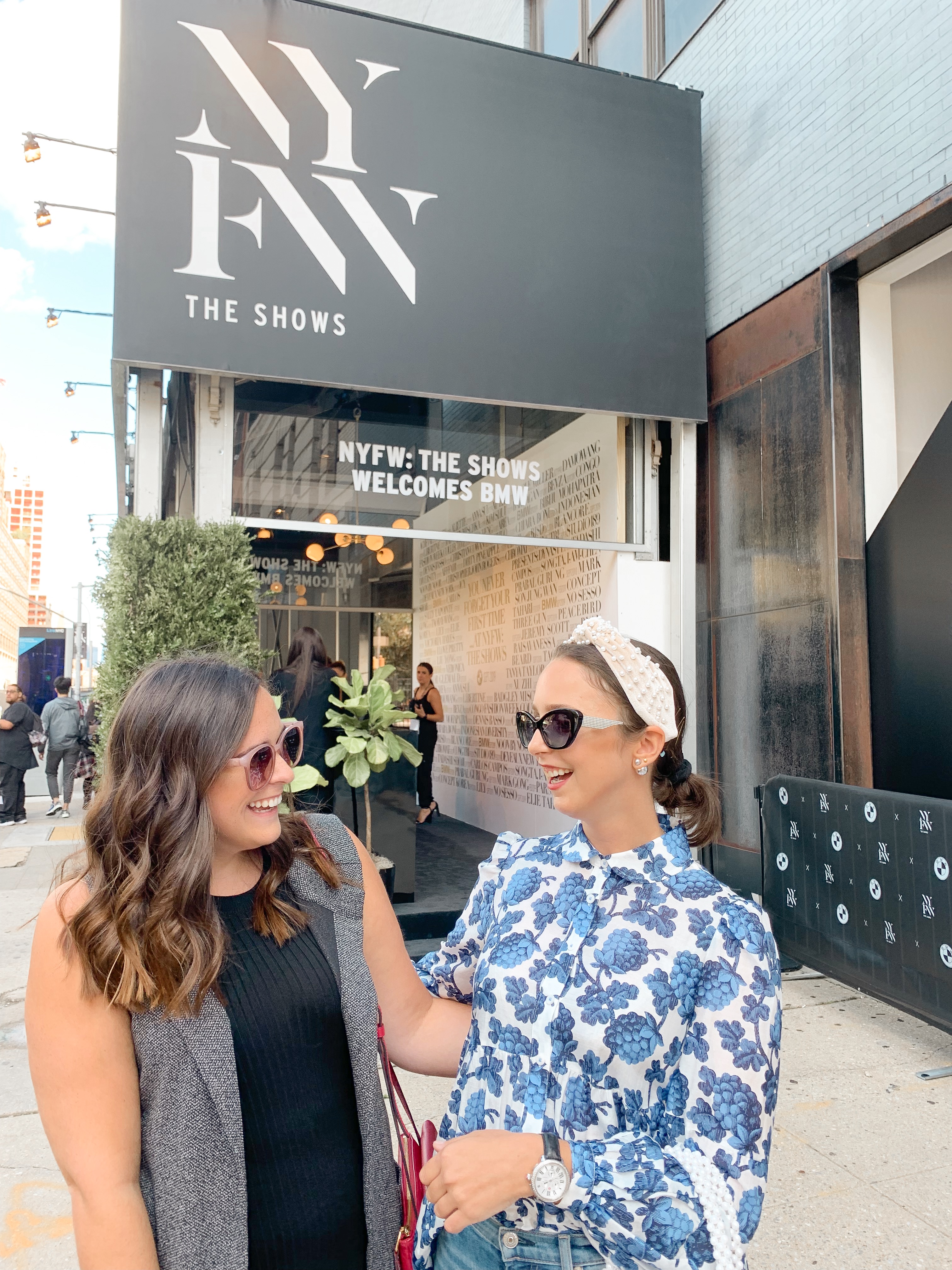 To shop my look click on the image below

So my first show of the day was at 11pm, and it was the Son Jung Wan show. It was really an amazing collection. It was filled with bright colors, patterns, ruffles, and shimmery fabrics.  These gorgeous dress got me excited for beautiful spring dresses! 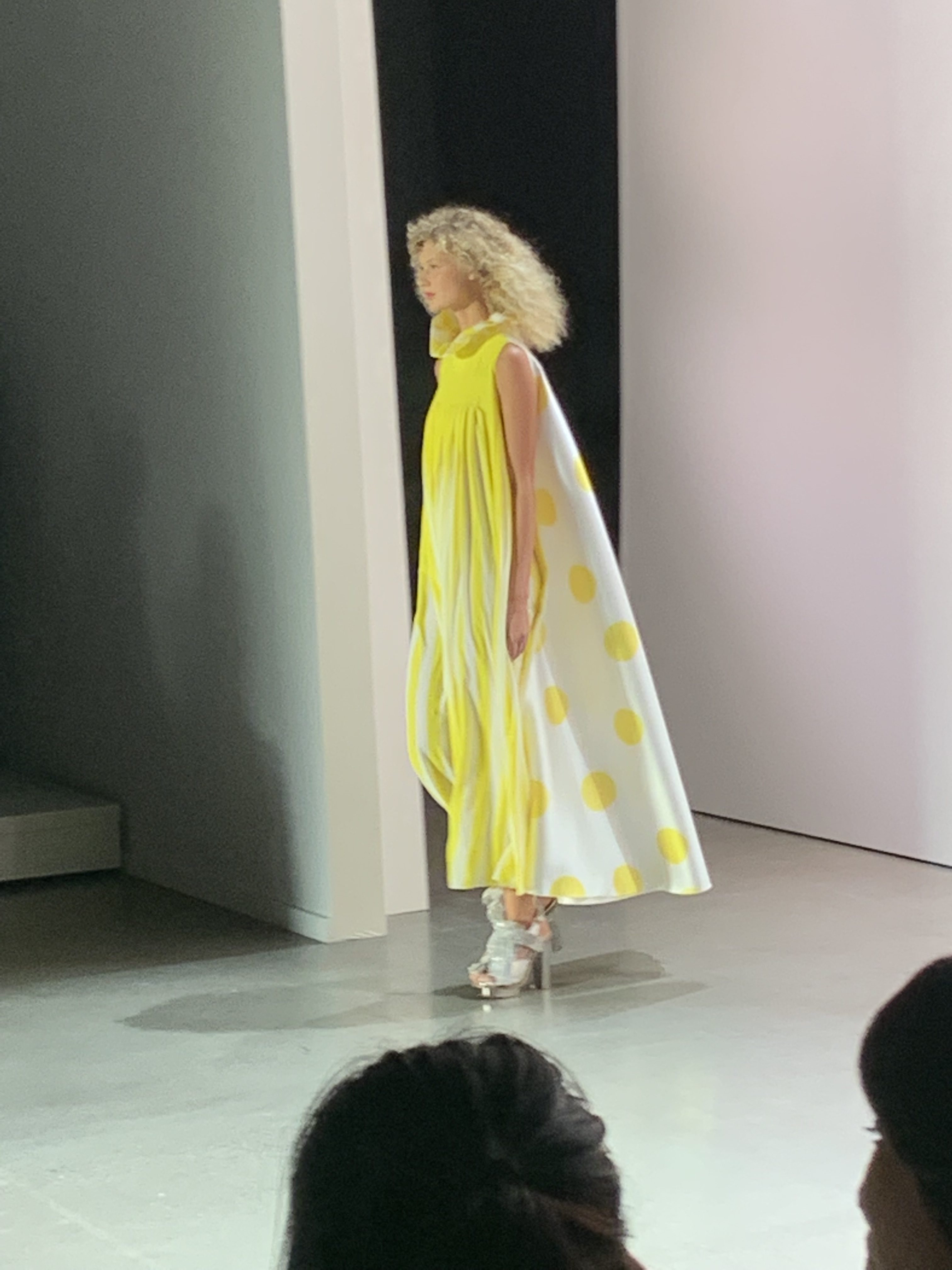 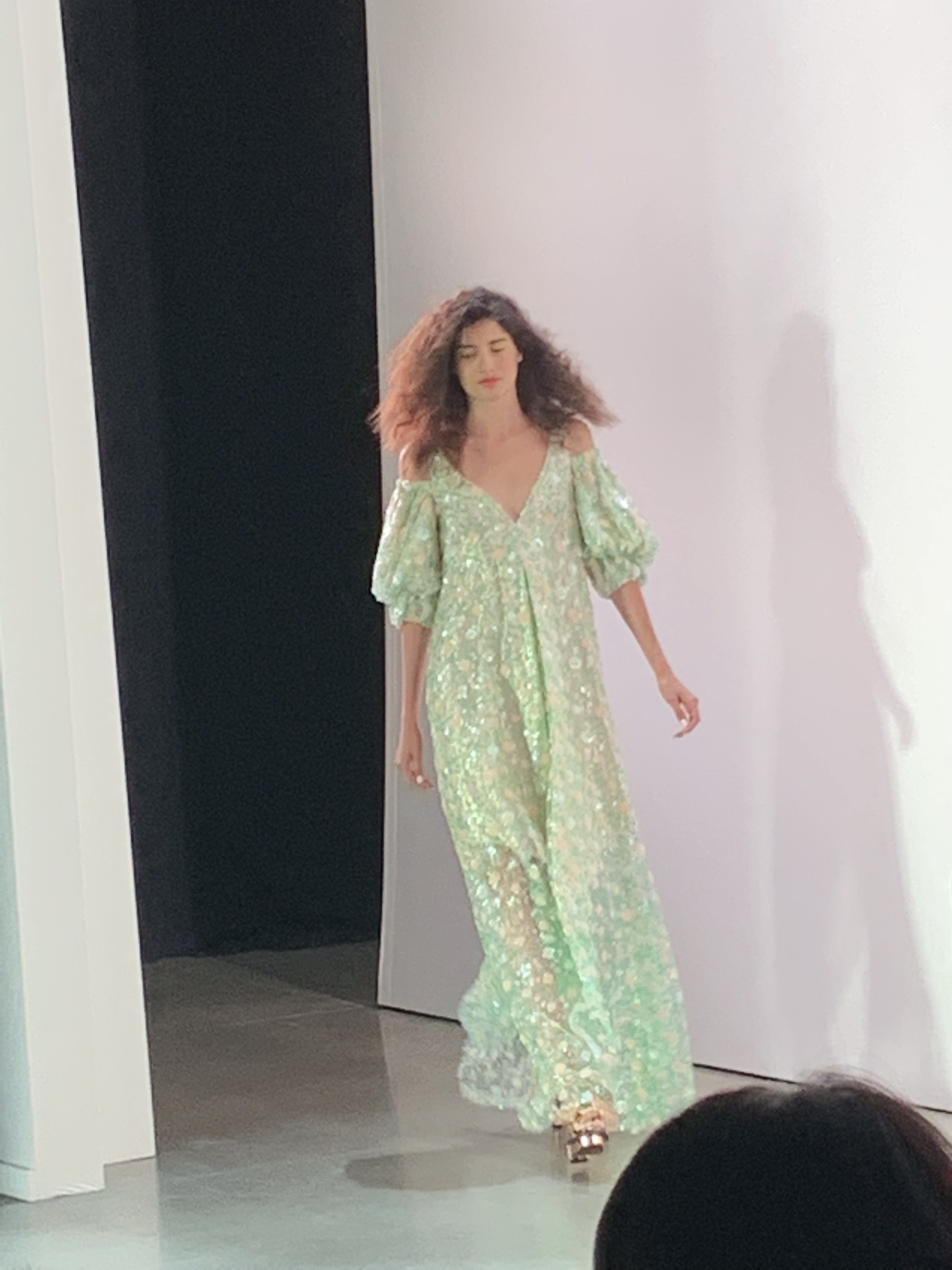 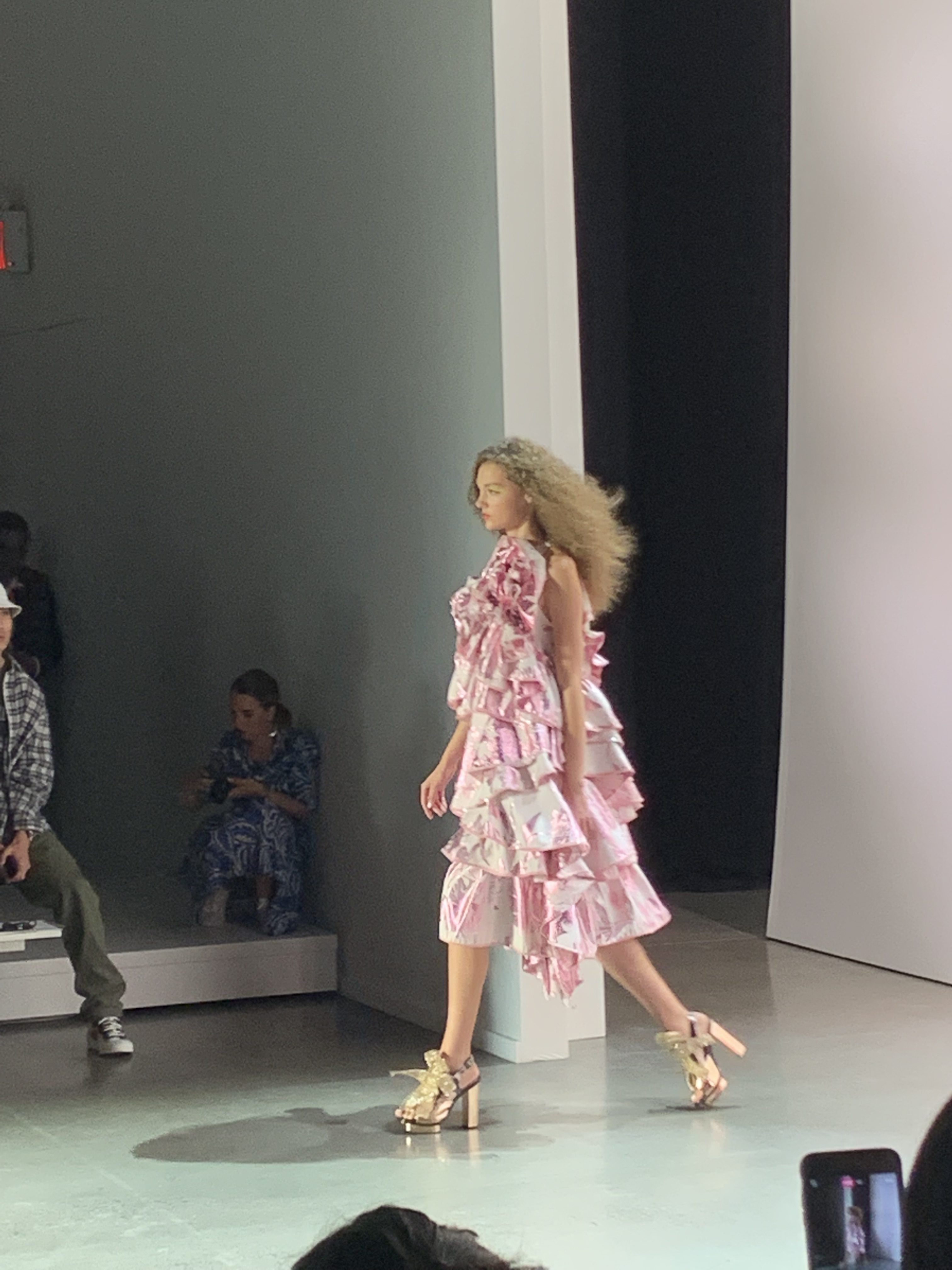 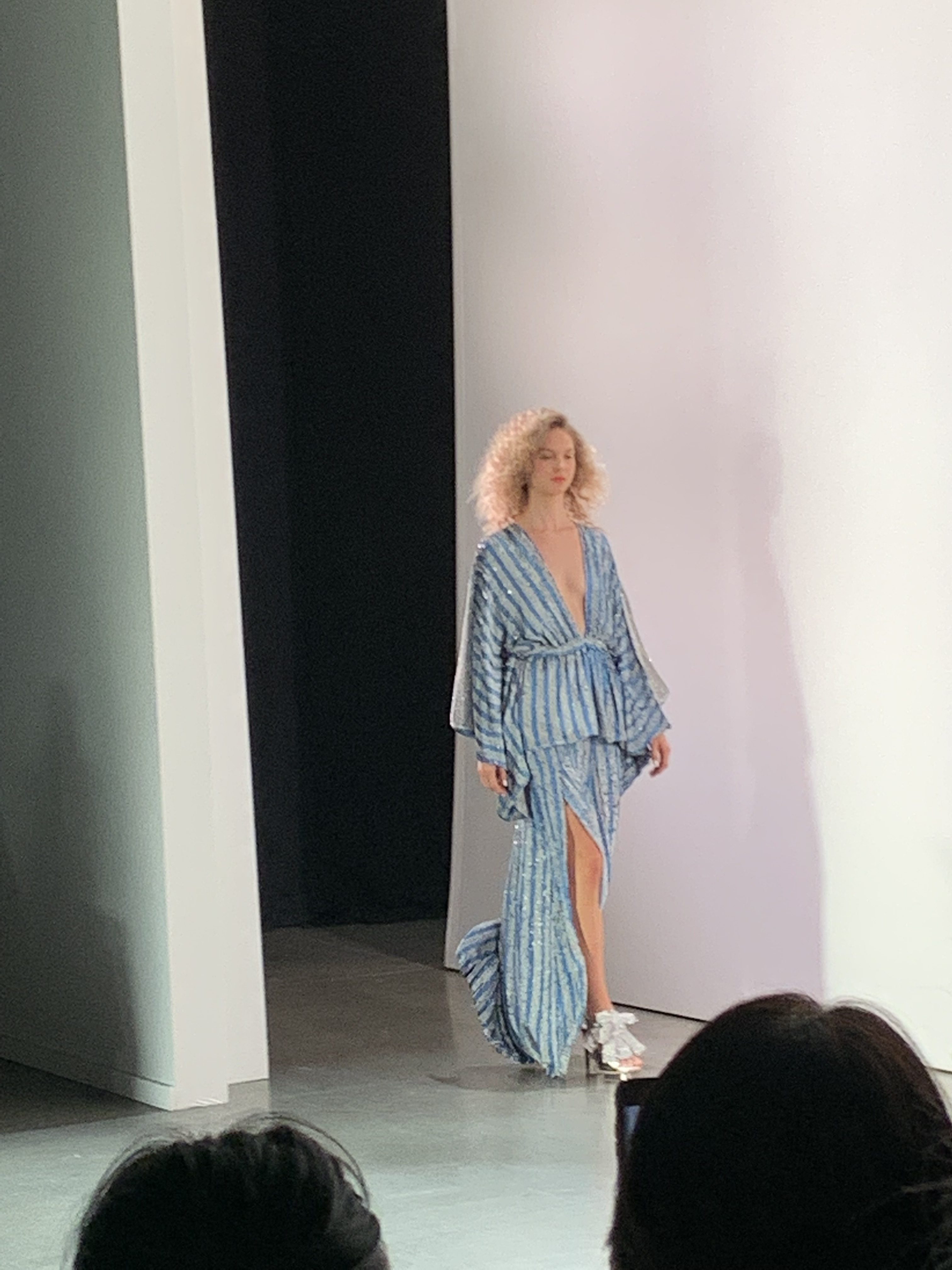 My next show was the Christopher John Rodgers show. I wasn’t expecting to go to this show. After the 11am show, me and a girl I met on line, ended up trying to get into the next show, and they had some standing tickets and let us in. This show was really incredible, not only were the clothes amazing, the atmosphere in the show was amazing too. It was different than some of the other show, it was almost more fun. People would clap and cheer when certain models walking down the runway, and this just made the whole vibe of the show so much fun! 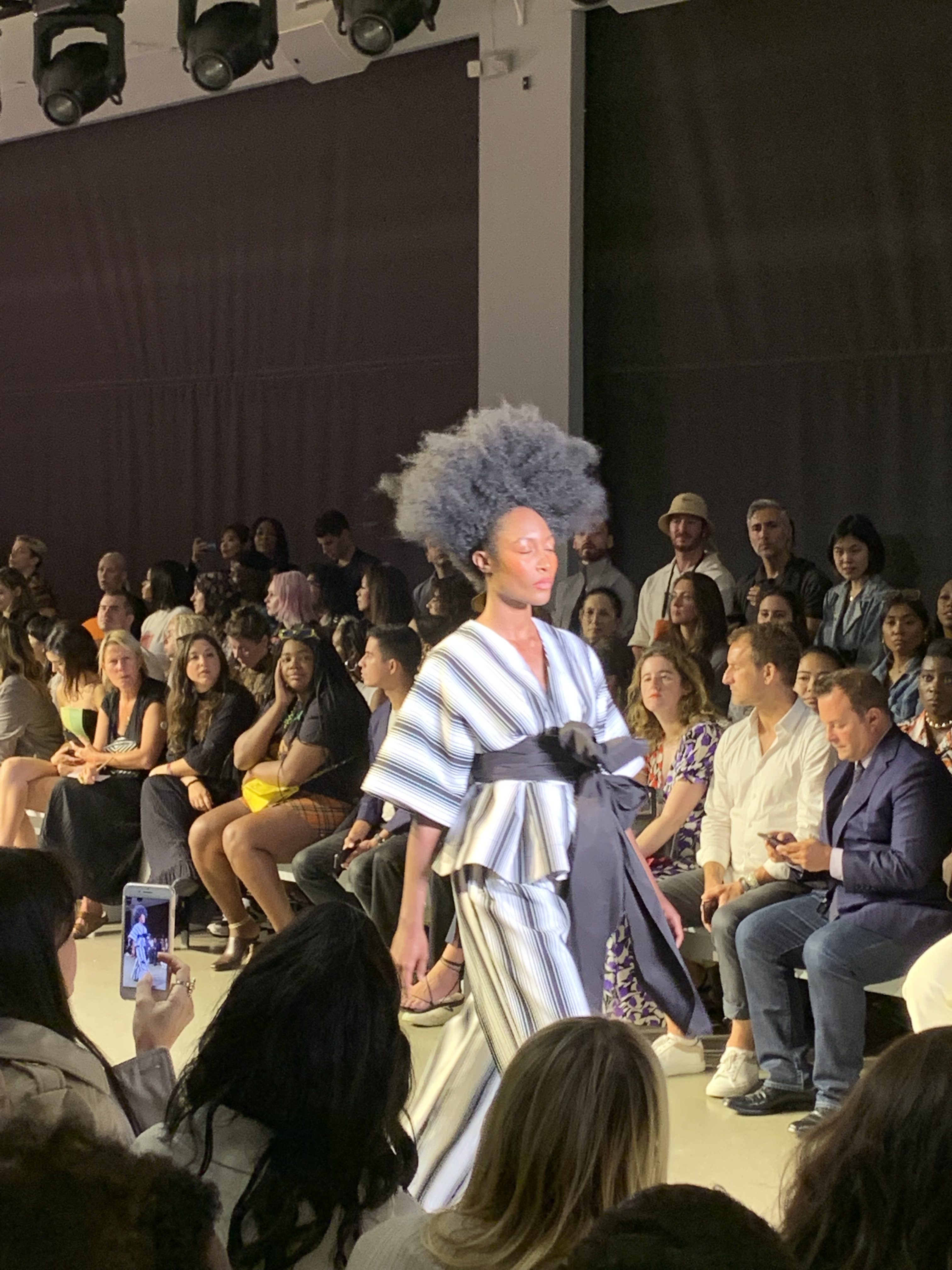 The next thing I went to on Saturday was an Exclusively Social social event. The girls who run it, Ana and Hailey created a drink with Blank Slate Tea. It’s a really cute tea cafe in Midtown. The drink they created changed colors when you mix the two ingredients, so that was so fun! 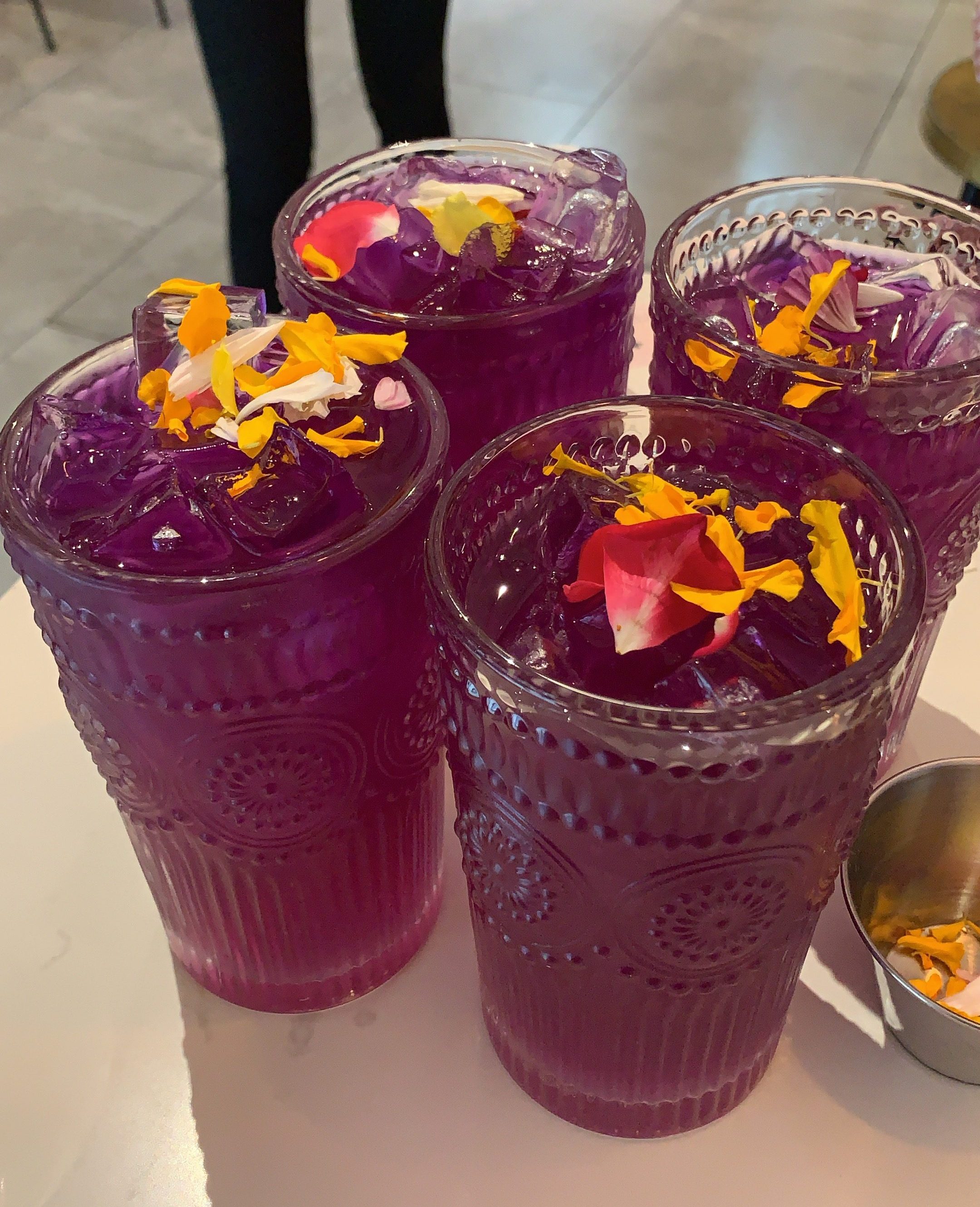 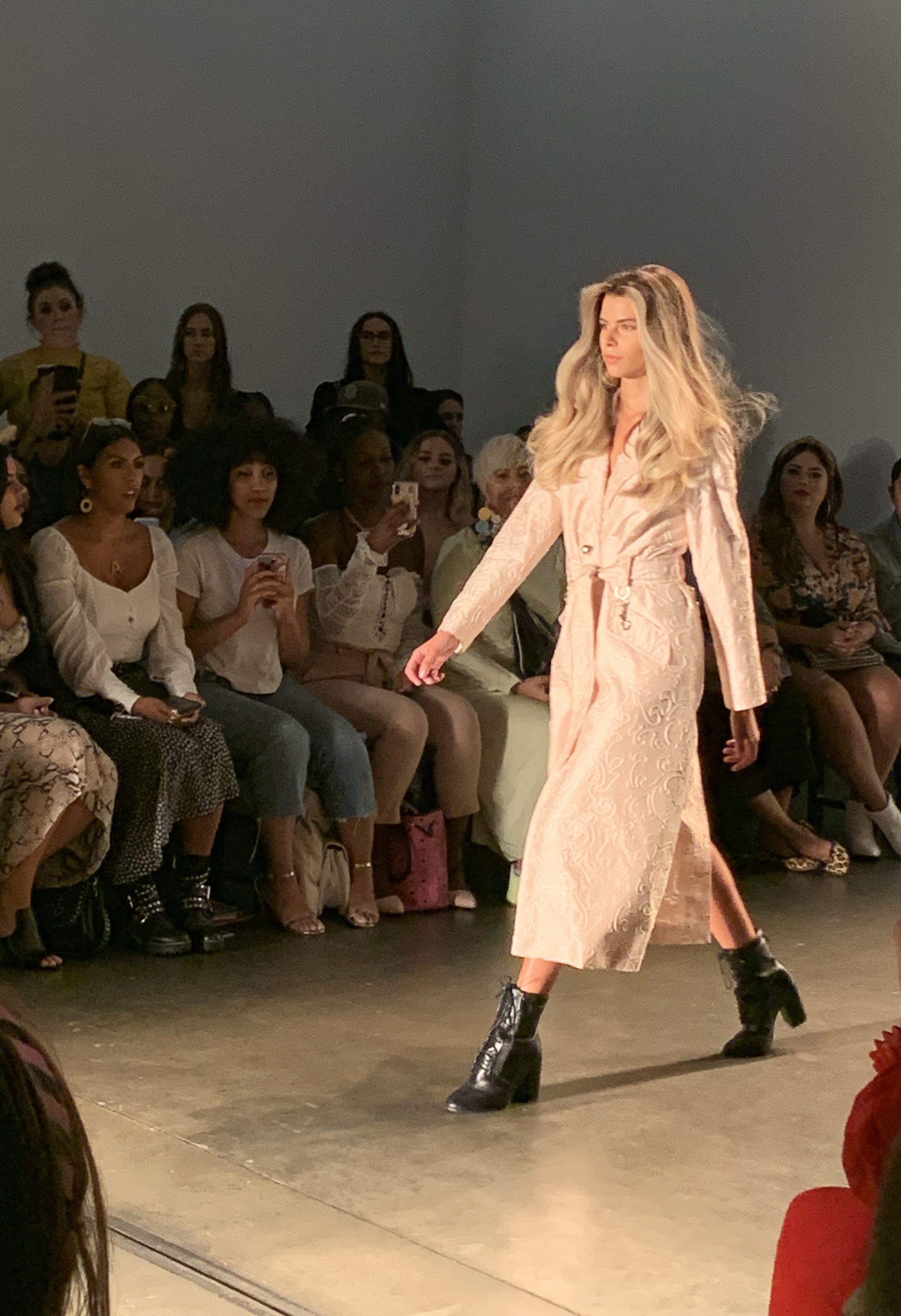 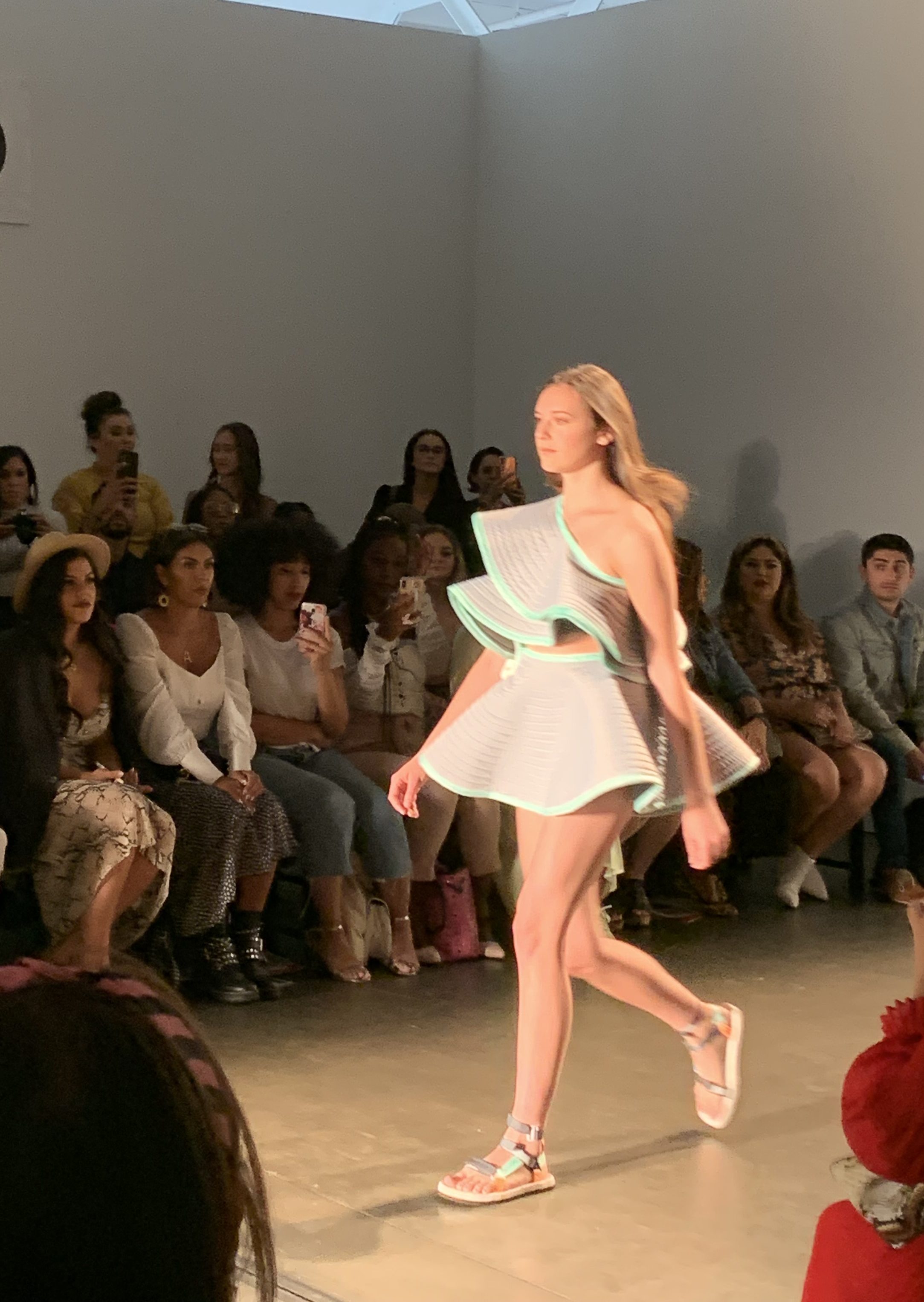 The last show of the night was the Chiara Boni La Petite Robe. This was the show that my friends had an extra ticket at the last minute,so I got to go. This was such a fun show. The collection was filled with animal prints, cowboy hats, and fun bright colors.